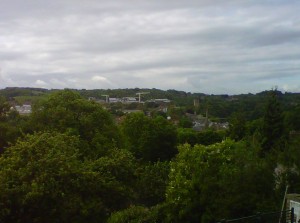 Women Who Travel Alone – Where in the World?…

I have been traveling over the course of three weeks from the States, to the UK and back again across country East to West Coast. Traveling is exhilerating, exciting and validating to me as a woman. We take for granted that we can travel alone to cities and countries alone without needing a guardian or chaperone.

It wasn’t too long ago that women traveling alone came with a stigma. The lonely, crazy, type that didn’t have a family to call her own and therefore, was forced to eat alone, sleep alone and walk alone.

But, as a feminist, and believing in all things equal – women have just as much right to travel wherever they please – even to foreign countries. Now, of course we have to take precautions, especially in areas where the men are not quite so evolved, or the culture prohibits women traveling alone. We have to take special precautions because we are susceptible to being easily overtaken physically, conned-emotionally or just simply easily frightened being a single female in situations where we aren’t familiar with our surroundings, or the culture, people and environment around us.

However, I wouldn’t change a thing. I deserve to see the world, experience all that it has to offer, meet and explore, eat and sleep under a different sky, try new foods, see beautiful architecture, museums and works of art. I deserve this just as much as a man, and I have the means and resources to do it. I don’t have to ask anyone.

As I travel, I encounter all kinds of situations where I’m reminded that even though I feel free, a bit rebellious, and having many guilty pleasures that only travel can bring; there are situations that women traveling alone should avoid all together. Safety first. Adventure second. Not to be a pessimist, or take all the fun out of being spontaneous – but best laid plans…. and all that.

I find that having researched where I’m going, having maps, phone numbers and directions help me not get into a sticky spot. I’m traveling to Istanbul in September, and I’m hoping my worldly travels will aid me in my first Muslim country visit. I’m very excited, but also really nervous because it’s more different than anything I’ve ever experienced before – but that’s the whole point!

I would love to hear about your stories of travel, adventure and if you run into any of the same things I do as a woman traveling alone. Please check out my Podcast on YouTube, and follow me on Twitter, as well as join my Facebook Group to be a part of the discussion and contribute to my film project.

I am a filmmaker launching a new film project entitled 'Single Girl in a Feminist World: What Does A 21st Century Feminist Look Like?' By engaging a global audience of online participants, I will be asking virtual strangers to join in my quest to answer the question, “What does a 21st Century Feminist Look Like?” Utilizing social networks, crowd funding initiatives, web blogs, viral video, second life, flash mobs, virtual chat interaction and traditional modes of documentary practice, I will create a documentary film that exemplifies feminism in its profoundly new image.
View all posts by Jodi Nelson →
This entry was posted in Calls to Action, Feminist Rants, Film Topics, Journal Entries, Message to the Masses, Podcasts and tagged adventure, feminism, feminist, film project, jodi nelson, podcast, precaution, safety, travel, women. Bookmark the permalink.